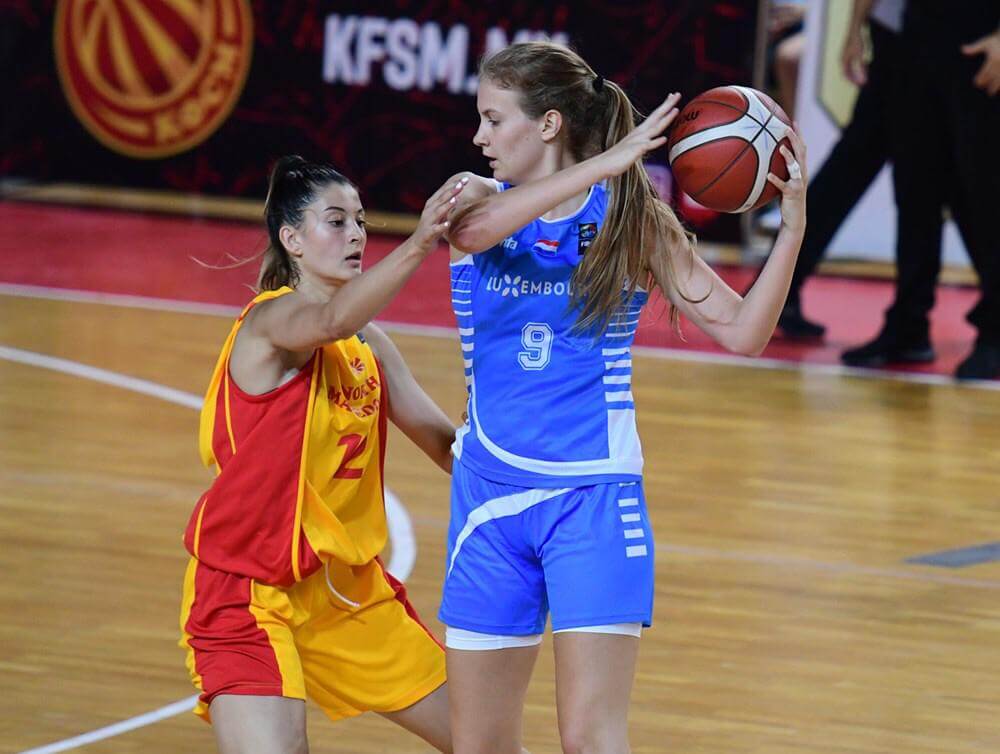 After an opening win against North Macedonia ( –> U20 women start with a 79:55 win over North Macedonia (pictures, stats and quotes by coaching staff and Julie Nilles) ) , our U20 women lost the second game of the European Challengers against Slovakia, the final score was 47:67.

„Tough game today against the strong physical team of SLOVAKIA.. we had a slow start into the game and we faced a huge problem to beat their press and to organize our offense. The physicality and the pressure of the opponent plus the absence of our first point guard (Joy BAUM due to injury) made the game difficult for us and we couldn’t find a way to run our plays. Defensively, the team did their job, we tried to vary the defense, the only weak point was boxing out where the opponent took advantage of the « 32 offensive rebounds taken » to raise the gap and control the game. Our motivation and objectives remain the same. On Thursday we will do the necessary thing to show better performance.“

„Compared to the game against Macedonia, we had difficulties entering the game. We struggled to bring the ball up against their press which caused us to make a lot of unnecessary turnovers. This gave them the opportunity to score easy baskets and to take the lead. We also struggled with rebounding under the basket and gave them too many second chances.
Offensively we took advantage of their slower big players and had some good 1 on 1 drives.
We will take our mistakes from today and try to improve for Thursday’s game.“