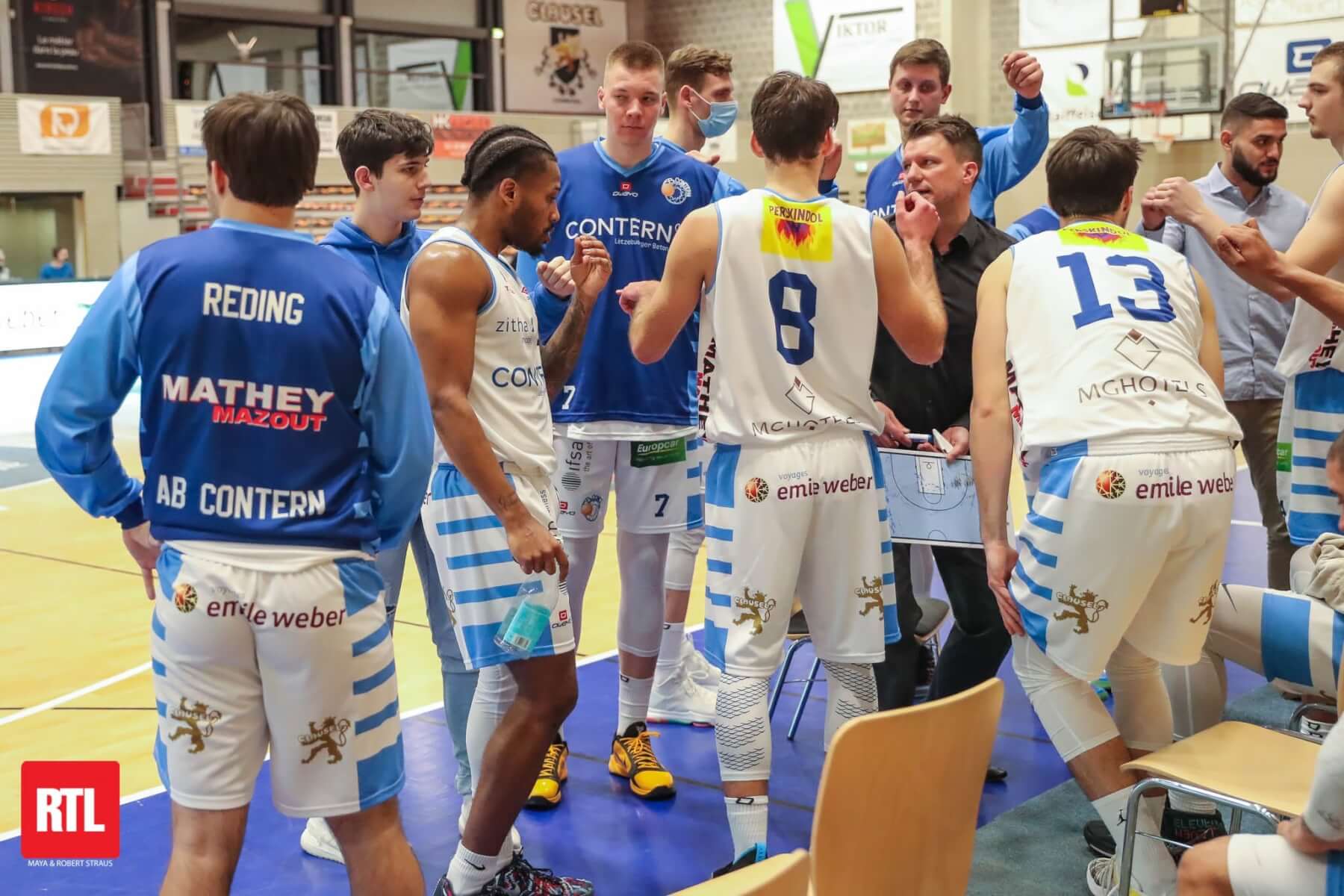 A great basketball weekend is ahead of us. While the final decision in the women’s league will fall which 2 teams will qualify for the play-in-games, a key game is coming up in the men’s league.

In fact, the Musel Pikes (currently 7th in the standings) will play in Contern (currently 6th in the standings). Contern (10 wins, 7 losses) has the clear advantage over the Musel Pikes (9 wins, 8 losses) before the game, especially because the team won the first meeting in Stadtbredimus 88:77 and beause they play this important game at home. Because the direct comparison could become very important in the end, the Musel Pikes do not only need to win the game, but they will also try to win it by 12 points in order to improve their situation. Contern has a great chance of coming very close to clinching a play-off-spot with a win.

Another team can not feel safe at this moment. Arantia Larochette (11 wins, 6 losses) has played a strong season so far and is in an excellent position to reach the play-in-game, but Contern and the Musel Pikes are in their neck. This weekend, the team of coach Christophe Ney faces Etzella on the road, a very difficult task.

All in all, a lot is still possible in the men’s ranking, 9 teams are still in the race for the play-offs while the top 2 spots in the rankings are also not decided yet. This will be a very interesting game-day and the standings could give a clear indication on Sunday when the 6 games have been played. At this moment, Résidence and Etzella have the best chances to qualify for the semi-finals immediately, but T71 is right behind them. 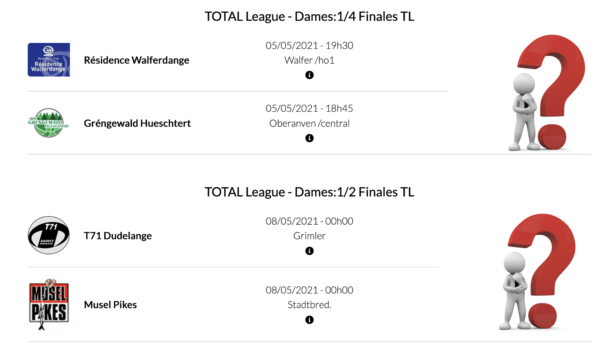 In the women’s Total League, the final game-day will bring the decision which 6 teams compete in the play-offs, 2 spots are still available, 3 teams want to earn them!

As the only team in the league, Résidence Walfer has finished the 16 games and will take a look at the last game-day from home, they have clinched the 3rd place in the standings. The team from Walferdange knows that they will enter a « do-or-die » game at home … but they do not know their opponent yet! T71 (1st) and the Musel Pikes (2nd) are already qualified for the semi-finals.

BBC Gréngewald Hueschtert will definitely finish the season at 4th place. Just like Résidence, they will enter a « do-or-die » at home but they do not know what team they will face.

The last 2 spots in the play-offs will be decided between Etzella, Esch and Amicale! All 3 teams have the same record going into the last game (6 wins, 9 losses). What makes the decision even more thrilling is the fact that Amicale and Basket Esch will meet head-to-head! This also means that there is no possible 3-team-tie at the end of the season. Etzella has the easiest challenge of the 3 teams as they play in Contern. Therefore Etzella has very good chances of making the play-offs, they need a win. The direct comparisons could also become a big factor … 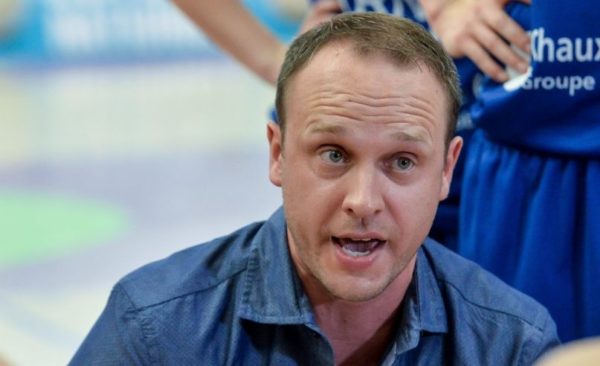