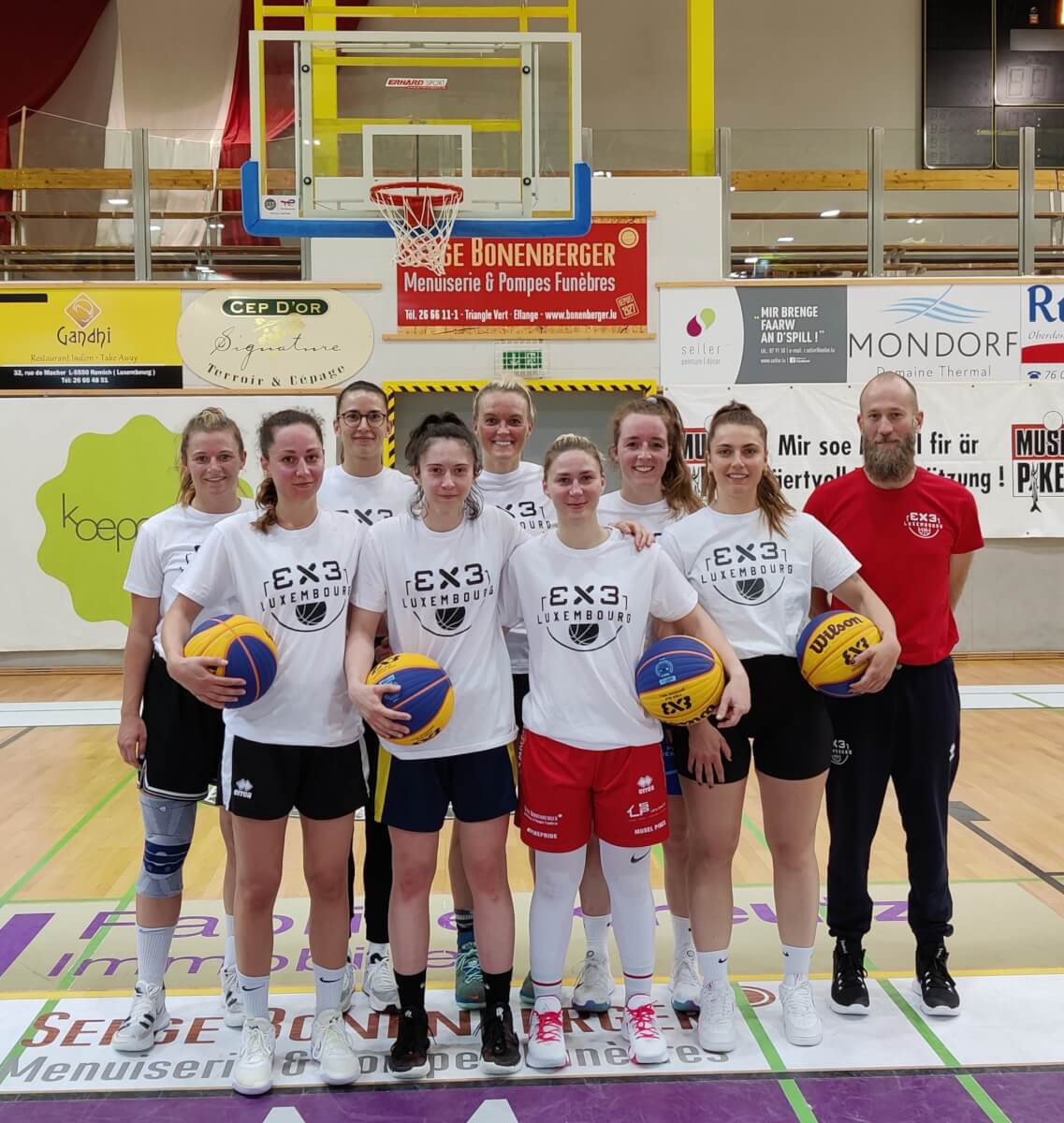 The first 3×3 Tryout for Senior Women took place on Sunday 1st May in Stadtbredimus. A total of 11 players playing in the LBBL, Nationale 2 and abroad signed up, but not all could participate due to various reasons (sickness, championship finals, etc.).

After a warm-up including some ballhandling/shooting drills and a speed/agility drill, Vincent Gevrey tested the players by making them play 1-vs-1 and then 3×3.

On 9th May, the players on the extended roster will start the preparation for the FIBA 3×3 Europe Cup Qualifiers in Limassol, Cyprus. Only four players will be able to represent Luxembourg during this tournament.