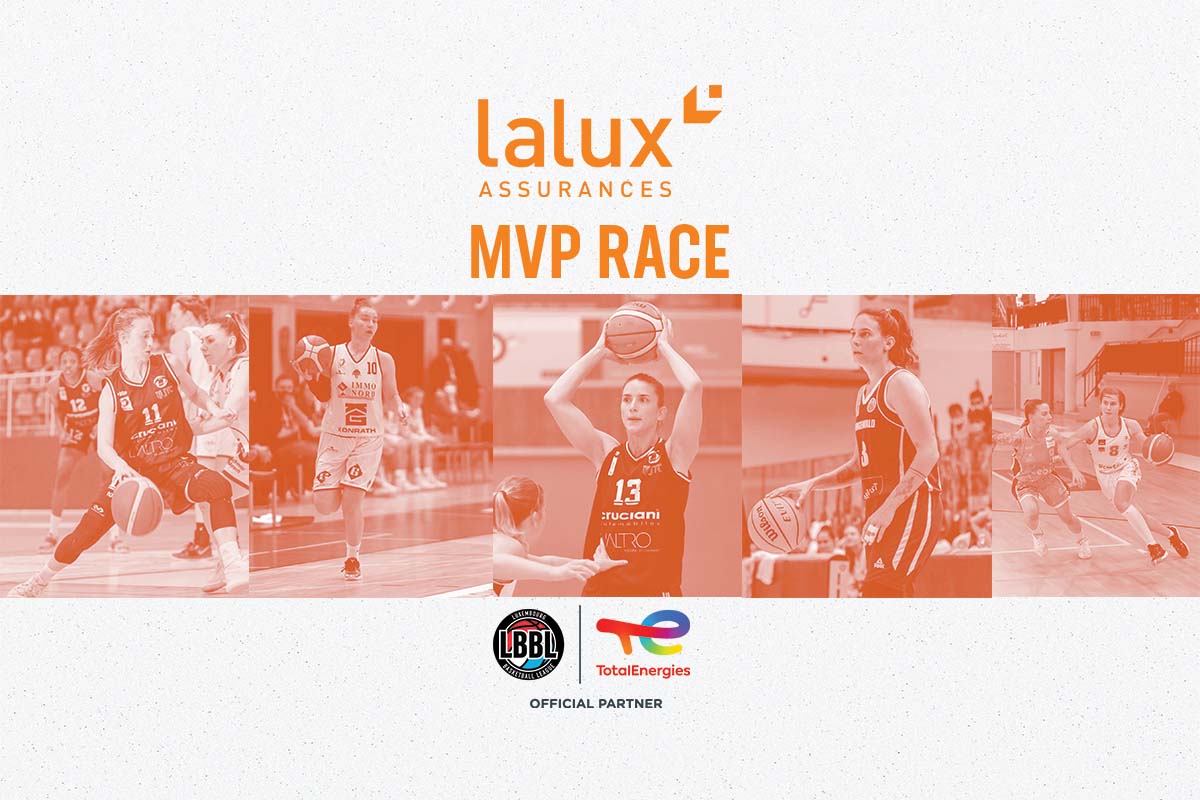 The second edition of the JICL MVP race in the women’s LBBL is presented by our partner Lalux.

Next to the statistics of the players, other criteria such as the record by the team also take an influence on the ranking. This is the second edition of the race for the 2021/22 season.

1. Nadia Mossong
T71 is still unbeaten this season, Nadia is the second best JICL scorer of the league and she is shooting an excellent 42.4 percent from the 3-point-line. Mossong will be the favorite to win this award moving forward but Steinsel’s Skrijelj is in her neck. 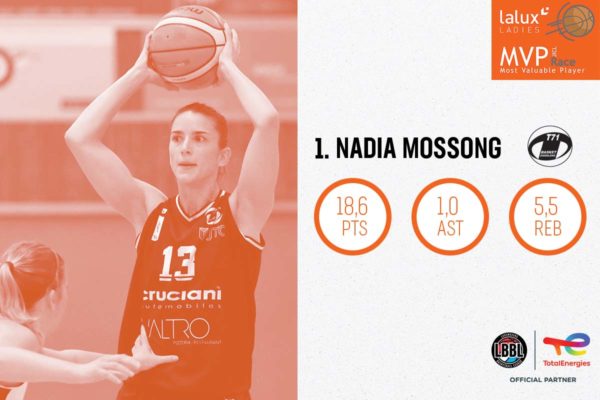 2. Esmeralda Skrijelj
Esemeralda Skrijelj and Amicale Steinsel are on the rise after a slow start. She has the best statistical numbers of all JICL players this season and she is a key player on both ends of the floor in every game for Amicale. She is definitely in Nadia Mossong’s neck to catch her in the MVP race in the course of the season. 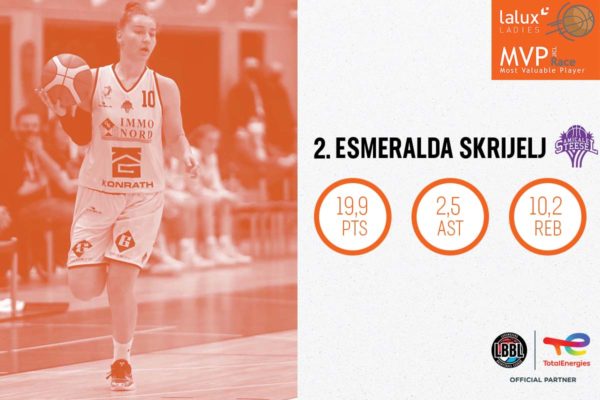 3. Cathy Schmit
Cathy Schmit is once again doing it all for the Musel Pikes, the second best team in the league. She is the leading JICL passer in the league and shooting over 40% from outside the arc. Schmit has been an elite player in the first league for many years and she is still a key player for a team with high ambitions. 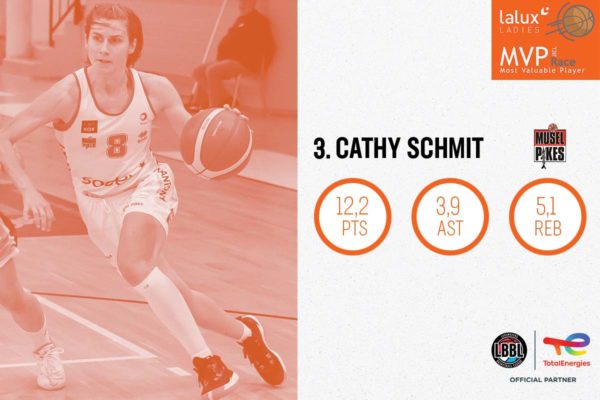 4. Catherine Mreches
National team point guard Catherine Mreches enters the top 5 in the second edition. The finals MVP of last season is the motor of an unbeaten T71 team, she is playing tremendous defense and she is third leading JICL passer in the league. 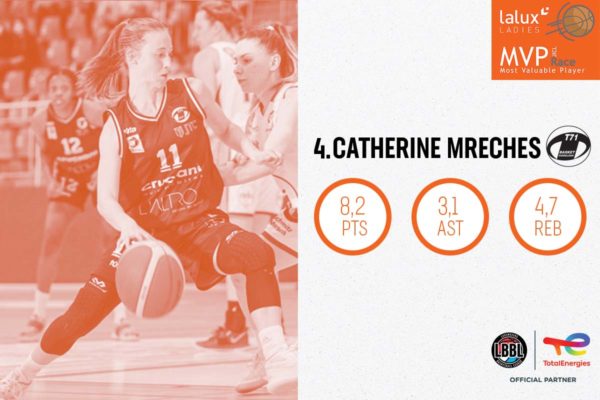 5. Lisy Hetting
Lisy Hetting of Gréngewald enters the list as she is playing on a high level constantly. While it is difficult to put up big statistical numbers on a balanced team with a deep roster, Lisy averages the most steals by any JICL player with 1.8 per game and she is the second best passer among JICL players. At 31 years of age, she is not showing signs of slowing down and will be a key player for an ambitious team this season. 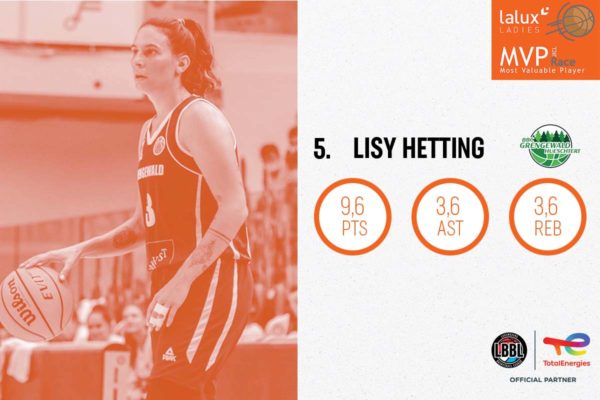 Other players to watch:
Charlie Bidinger is playing a very strong season for the Musel Pikes and has good chances to re-enter the top 5 over the next weeks. Billie Schulte (Basket Esch), Lynn Kauffmann (AB Contern) or Mandy Geniets (T71) are other candidates that could enter the list if they continue to play at a high level.