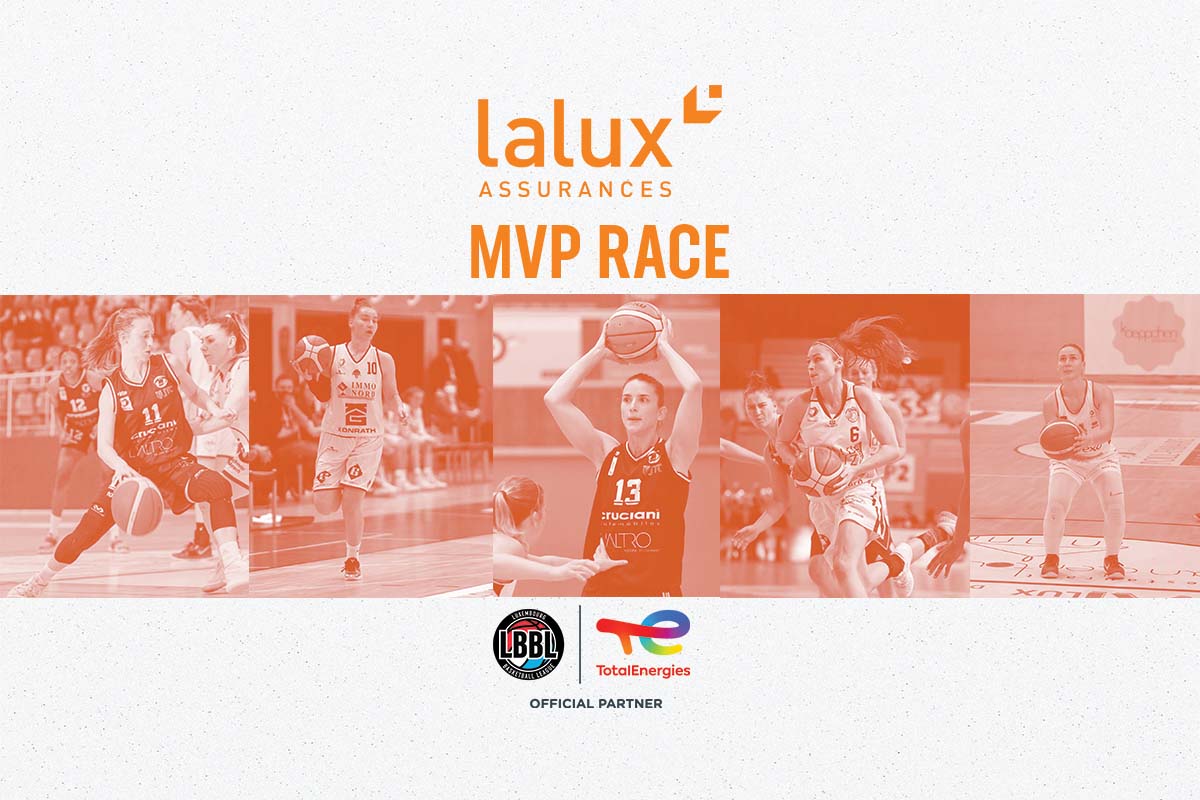 The third edition of the women’s JICL MVP race is presented by our partner LALUX. Next to the statistics of the players, other criteria such as the record of the team also take an influence on the ranking.

1. Nadia Mossong (T71)
T71 is unbeaten after the regular season (18:0), Nadia Mossong is the second leading JICL scorer of the league and she is also guarding the opponent’s best player(s) in most games. Her biggest strength has been the shot from outside as Mossong scores more than 3 « 3-pointers » per game. 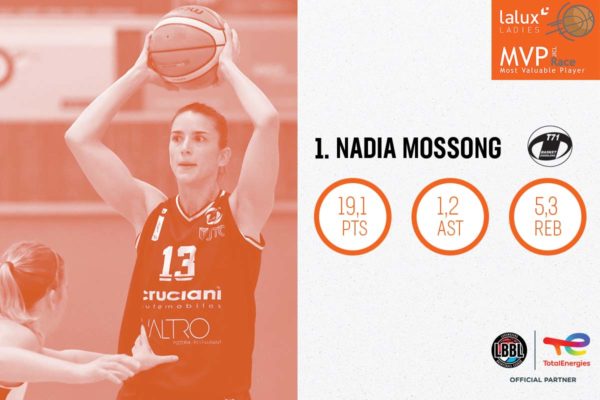 2. Esmeralda Skrijelj (Amicale)
Esmeralda and her team Amicale are trying to find their rhythm and become competitors over the next weeks. Skrijelj has been playing extremely well all season, she has the best statistical numbers of all JICL players. She is the leading JICL scorer and rebounder of the league. 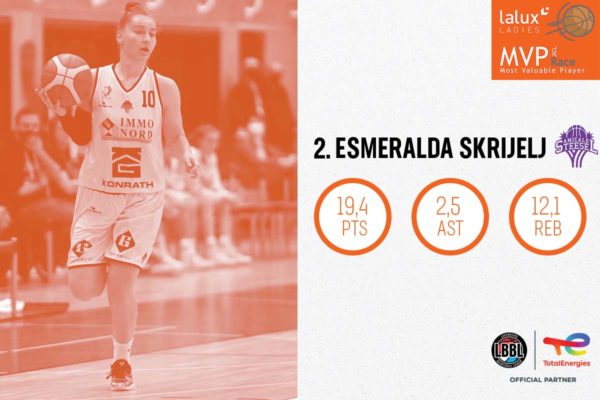 3. Charlie Bidinger (Musel Pikes)
Charlie has been playing well all season but she has taken over even more responsibility after the injury of Cathy Schmit. With a stellar performance against Wiltz, she has put up the JICL season high in points (40). 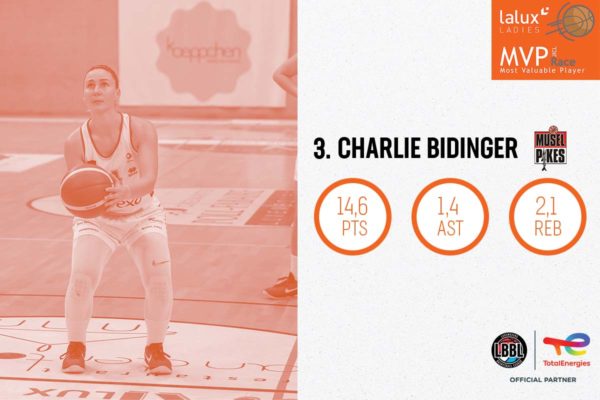 4. Catherine Mreches (T71)
Catherine is the motor of the unbeaten leader T71. The finals MVP of the season 2020/21 is showing her strong overall game on a regular basis and is the second player from Dudelange in this ranking. 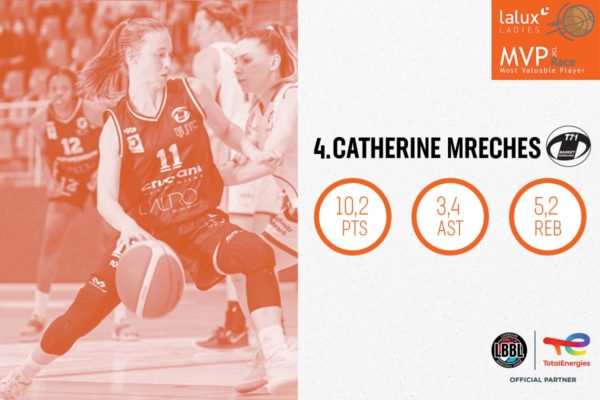 5. Lynn Kauffmann (Contern)
Lynn Kauffmann enters the list as she is the second best JICL rebounder and third best passer of the league for Contern, a team that has qualified for the play-offs as the 7th seeded team. 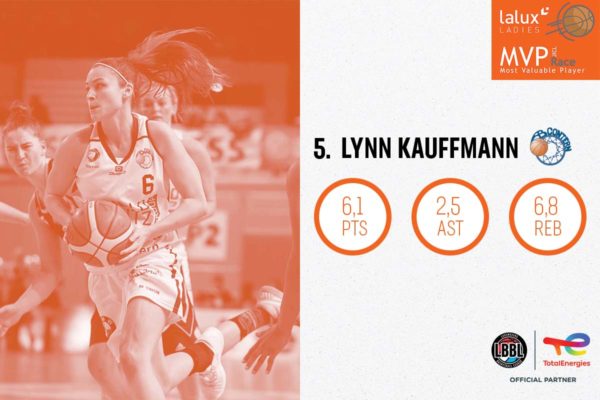