Esmeralda Skrijelj before the play-in game against Gréngewald: « It is a do-or-die game, everything will be possible » 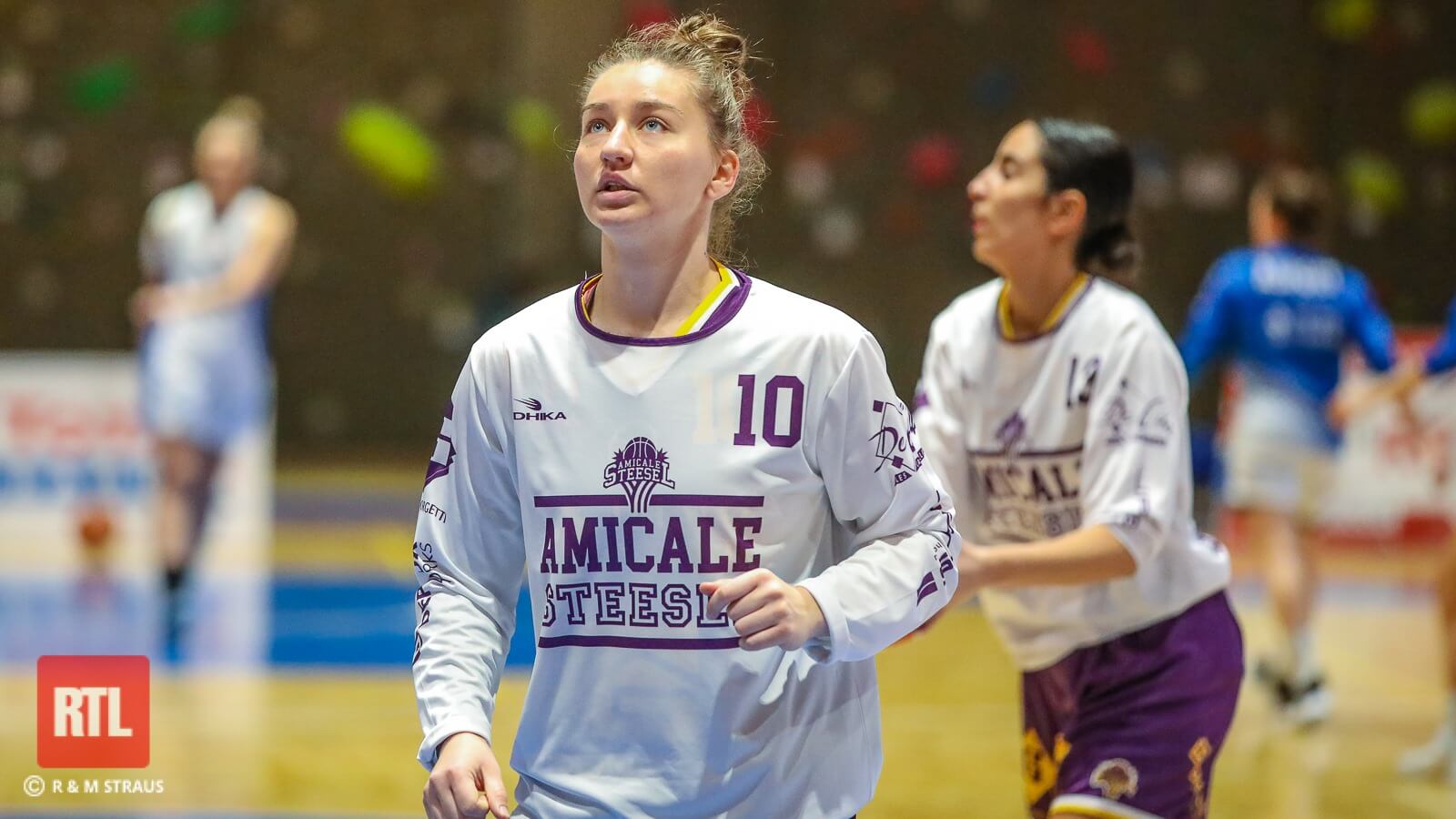 Esmeralda Skrijelj and her team Amicale Steinsel had an epic comeback in the second half to secure not only the win against Basket Esch in overtime, but also the qualification for the play-in game! Skrijelj, who is in the top 5 in the JICL MVP race in the women’s Total League ( ranking Women’s JICL MVP race presented by LALUX (3rd edition) ) finished the game with 21 points, 10 rebounds and 8 assists.

Asked about the combeack of her team, Esmeralda says that „it is hard to describe. This game was clearly about who wants it more and the game showed clearly that both teams wanted this win. We changed our attitude in the second half, that was the key to win the game. We were able to get energy out of every good action and our motivation increased step by step which is difficult without supporters in the gym. Some of our players have experience in very important games as we have played semi-finals or finals together, that is why we were able to keep our patience and also our young players played very well in the second half. I am very proud about their performance and we showed an amazing team effort and great defense in the second half to come up with the victory. »

This win means that Amicale Steinsel will have a chance to enter the semi-finals in a « play-in » game against Gréngewald Hueschtert this Wednesday! In this do-or-die game, Amicale will play on the road. „It is another do-or-die game, everything will be possible. We must play consistent basketball for 40 minutes and play with the same intensity that we played with in the second half against Esch. In my opinion, it is a 50:50 game, both teams only have a few days to rest, the game is played during the week, it is a difficult and exciting challenge for both teams. It will be important to control the game, be patient and do simple things and play basic basketball, if you do that, you have great chances to win such a game. Our defense needs to be present, that’s the most important thing. I am really excited for the game. »

In fact, it will be the second do-or-die game for the team from Steinsel within a few days. With a loss against Esch on Saturday, their season would have been over.