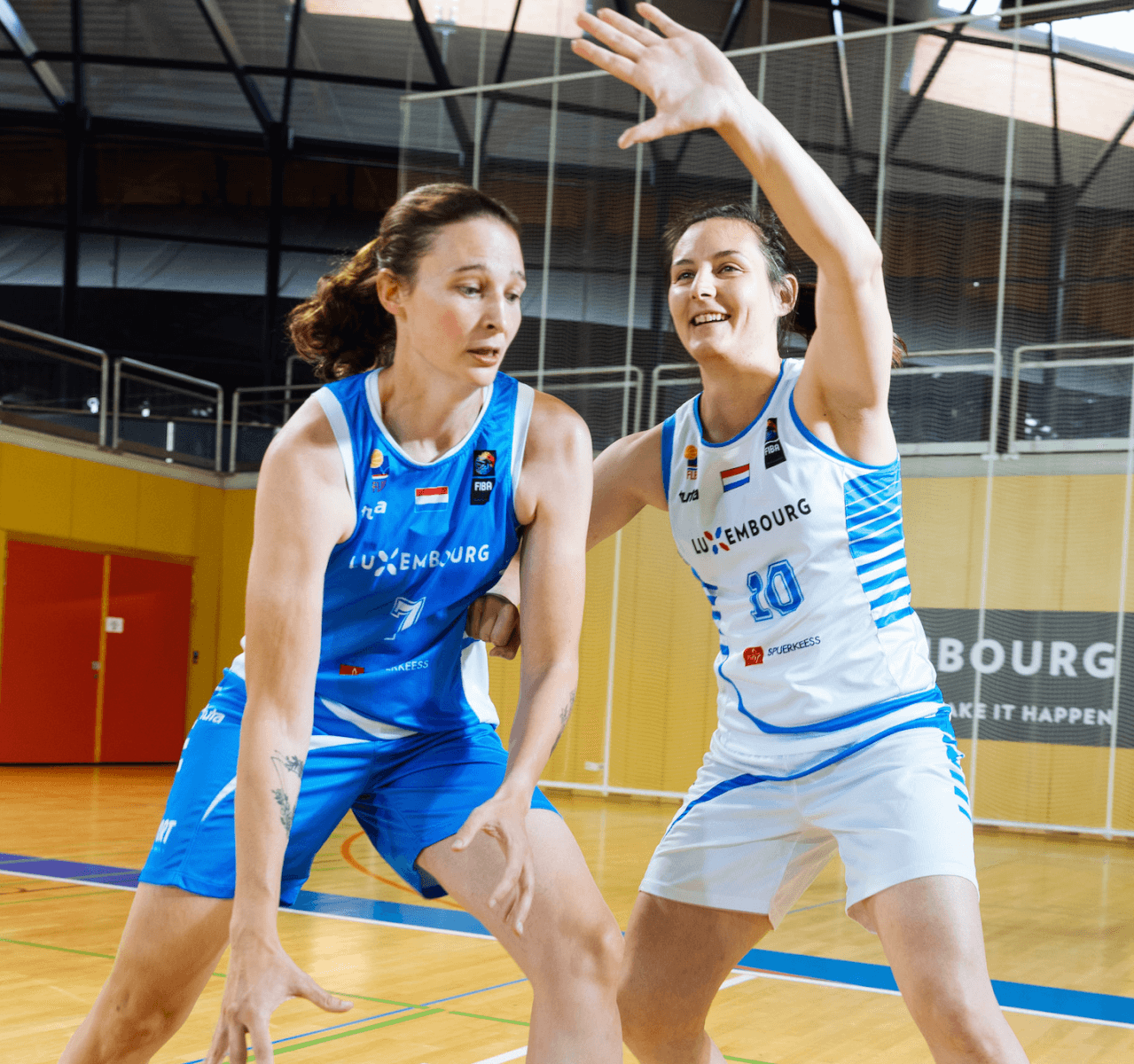 Tessy Hetting decided to end her career in the women’s national team after an incredible 18 years and a record 110+ games played with the FLBB-women. Unfortunately, Hetting will miss the European Championship of the small countries (July 20-25) because she is still recovering from the Covid-19-virus. Hetting played her first game with the women’s national team in 2003.

How would you describe the role that basketball has played and still plays in your life?
It is obvious that basketball has a very high importance in my life. I have always had a passion for not only basketball, but sports in general, that is why I spend so much time doing it. Sports gives you a lot more than the activity, it opens opportunities, you can find friends and you learn important skills, some of them are also important in your daily life, for example at work.

You have played in the national team for such a long time, how do you think the future will look like for team Luxembourg?
I think that the future is bright for team Luxembourg. we had a little hole for some time, but we now have young and very talented players coming up, we have professional players playing in Europe and some of our players play and study in the USA so that there are a lot of positive signs for the future.

What stays in your memories after all these years?
We won 3 gold medals at the GSSE, that is something that was really special. We also faced European champion Serbia in 2 games and had a lead after the first quarter in Serbia, I still have a picture of that box score at home. The atmosphere in the gym in Serbia was amazing and spectacular.

Our women will play the European Championship for small countries this week. What is possible for our team?
Simple answer – the first place! 🙂

Tessy Hetting will continue to play for her club Gréngewald Hueschtert in the club competition. Her amazing career in the national team ends. She is the second main player of the national team that ended her career over the last months after Cathy Schmit took the decision last year (Interview –> Interview mam Cathy Schmit: „Simon an Mreches kennen meng Roll an Zukunft iwwerhuelen“ )

National team head coach Mariusz Dziurdzia says that „Tessy has been a part of the national team forever. She is a role model for every young basketball player with her attitude on and off the court. »