Our professional players abroad are about to start their season 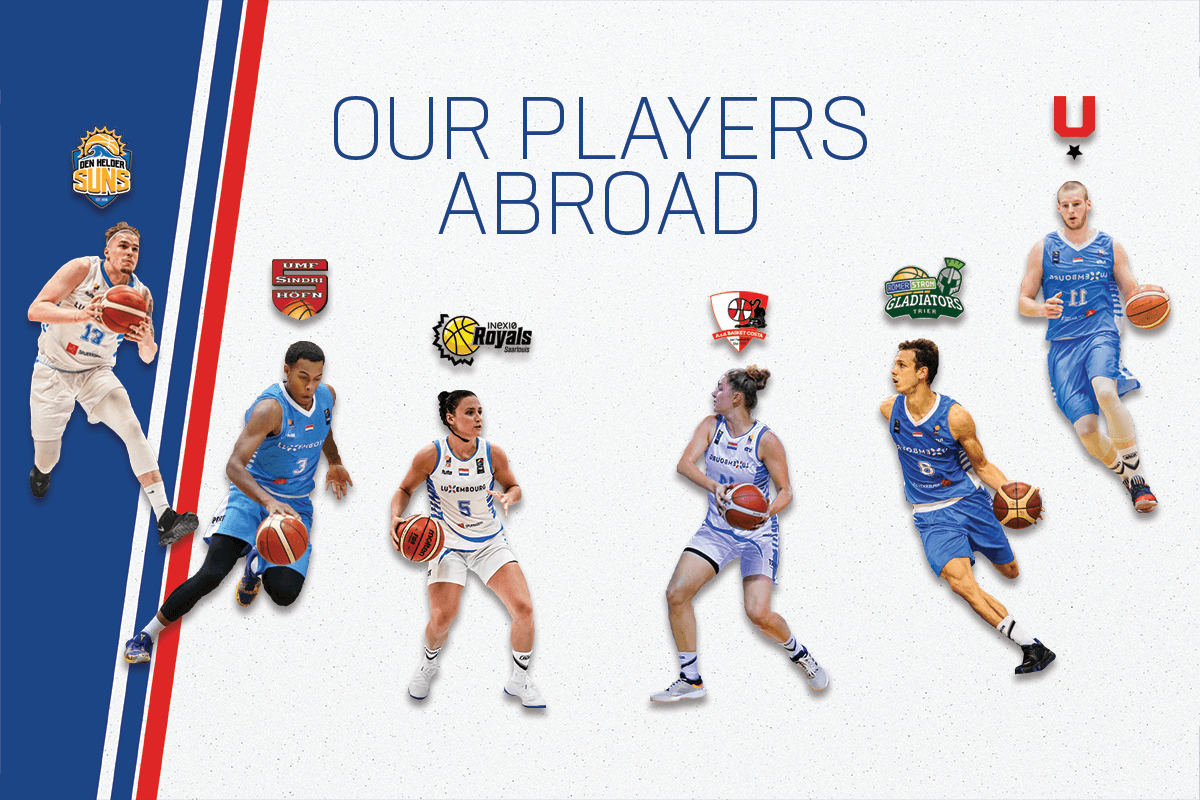 Luxembourg will have 6 full professional players in the upcoming season.

Magaly Meynadier (Saarlouis, Germany) returned to her former club. She is an established player in the highest German league and clearly a leader in her team. Meynadier will start the season with a cup game on the 19th of September against her former team Nördlingen!

Thomas Grün (Trier, Germany) is the captain in Trier and has made himself a name in the Pro A, he wants to play a bigger role on the offensive end of the court in the future. Grün will be on the court this Saturday (18.09) for the first game of the season.
(Article by lequotidien.lu Premium –> Thomas Grün : «J’ai hâte que la saison commence» (lequotidien Premium)

Alex Laurent (Kortrijk, Belgium) changed his club during off-season and is now playing in the second league in Belgium with the ambition to move up to the first league. The first game of the season is scheduled for the 25th of September, but Alex will be in action in the cup competition this Saturday.

Ben Kovac (Den Helder Suns, Netherlands) is entering his second season in the Nteherlands and his second season as a pro, he will be playing in the BNXT league this season, a new challenge and clearly a good chance to show his potential as Kovac is looking to play in a stronger league in the future.

Next to our professional players, we have multiple other players playing abroad. Jonathan Diederich is playing at the Urpsring academy in Germany, national team player Oliver Vujakovic stayed with his team in Tirol for another season in the second league in Austria.

Laurie Irthum is also playing and studying in the Germany, she is playing for Heidelberg. (–> Young and ambitious: Laurie Irthum will play in first German league for Heidelberg next season ), her season will also start on the 25th of September. Estelle Muller ( –> National team player Estelle Muller will take on a new challenge in the second German league ) will play in the second league in Germany while we have multiple national team players playing and studying in the United States: Anne Simon, Julija Vujakovic, Svenia Nurenberg and Sofie Olsen.